The idea was to create a sculpture that not only emits light but also casts a shadow.

The light box was created by cutting out a single sheet of wood with the laser cutter and bending it into the final shape. The four corners of the box were made using kerf cutting, the process of cutting a number of slots in the material to allow it to bend. Essentially, kerf cutting makes the material thinner so it can be flexed to follow a curve. One face of the box is not cut through, only etched. This was done in order for the box to be closed with a notch in the center. 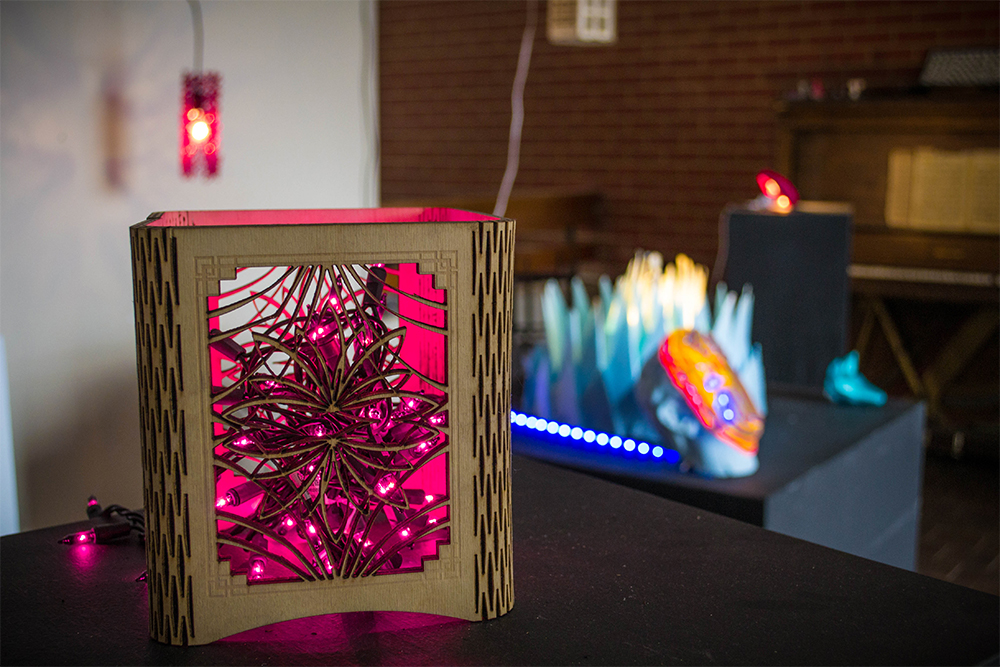 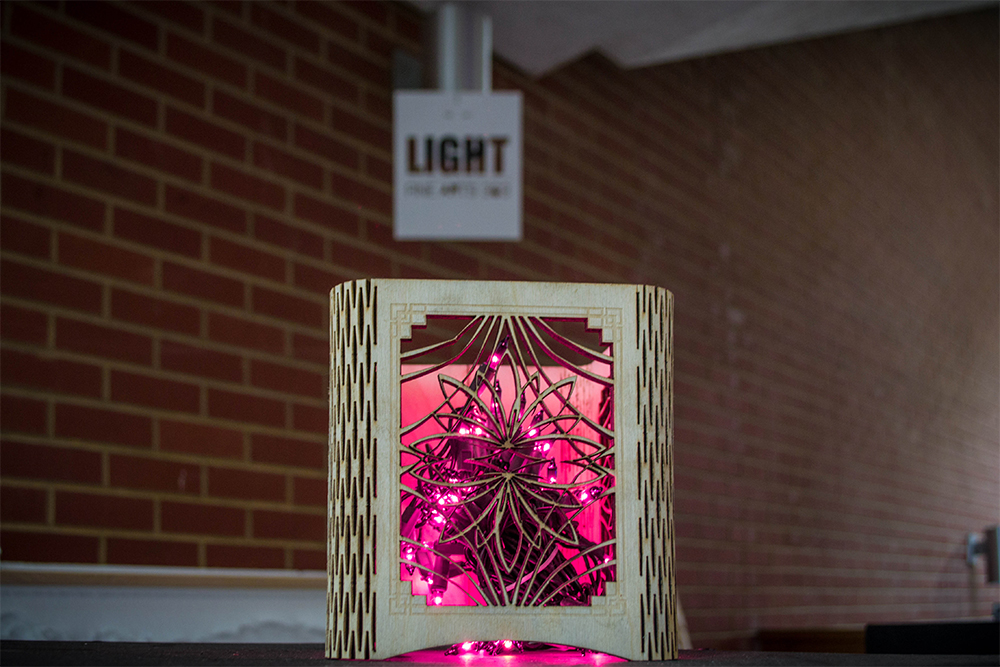 The design was inspired by a combination of lotus flowers, mandala patterns, and Japanese

lanterns. While creating the box, it was divided up into layers which were designated to either be cut out or etched. There were four layers total – the central floral design, the kerf bend, the border, and the outline of the box. The border, as well as the design on the face of the box where it closes with a notch, were etched while everything else was cut out.

After cutting out the box and removing bits that weren’t cut all the way out, it was soaked in warm water for approximately 2 days in order to make the wood more pliable. Then, once the box was finally bent into the final box shape, it was securely tied in order for the wood to dry in place correctly. Finally, the ends were glued together at the notch.

If you have any questions please contact Chris Lavoie at c.lavoie@wsu.edu.